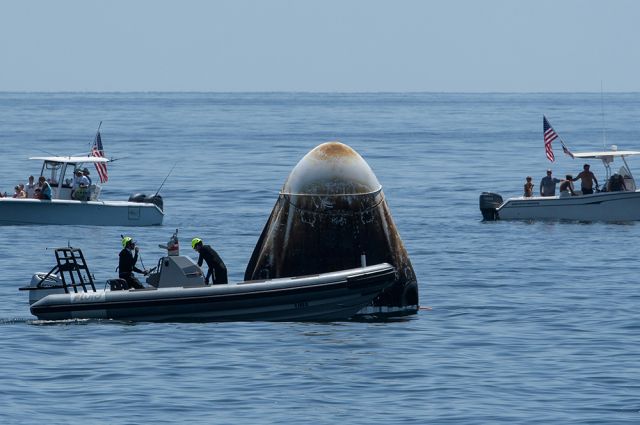 The press service of the American company SpaceX reported that the cargo ship Cargo Dragon landed on the water in the Atlantic Ocean off the coast of Florida, reports TASS.

Cargo Dragon delivered more than 2.2 tons of various cargoes to Earth, including the results of scientific experiments.

It is noted that Dragon undocked from the ISS on Sunday in automatic mode.

Recall that in October Progress MS-18 delivered food rations to the cosmonauts, including for the New Year table, as well as 470 kg of fuel, 420 liters of drinking water, 40 kg of air and oxygen in cylinders, as well as 1509 kg of equipment and materials. March will be sent to the International Space Station (ISS) on the ship “Progress MS-19”.